PRG UK was commissioned to design and build five giant motorised media scrollers for French artiste Zazie. They were to hang above the stage as part of the lighting rig and stage set on her Rodeo concert tour. 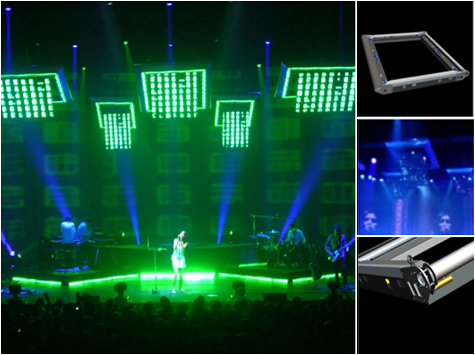 Apart from the principle requirement to scroll sheet media back and forth across their very large apertures, the units also needed to house third party LED light fixtures within the outer structure, forming an illuminated picture frame effect. This meant the frames needed to be minimal in structure but remain extremely strong and rigid, in order to safely contain all of the LED fixtures and also function reliably as media scrollers.

An added complication was the need to be able to run the scrolling media completely out of the way of the central aperture, leaving it totally open. This was to allow other lighting and set features to be lowered and raised through the aperture via chain hoists at certain times during the show.

This project presented some awkward problems to solve and Nigel was responsible for driving the design, manufacture and testing of the whole system, all of which needed to happen in just five weeks from start to finish. 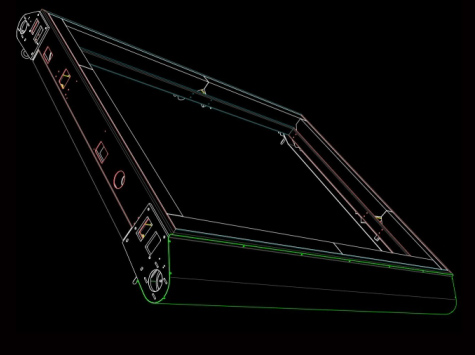